Araña't Baluarte of Gumaca: Of Humanity and Fragile Civilization 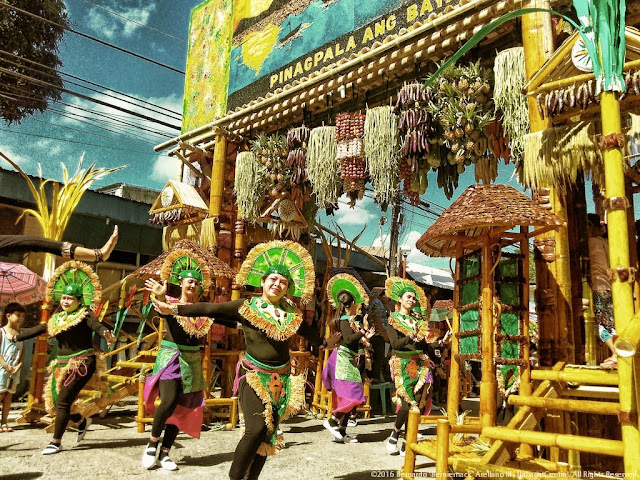 May 15th in the Philippines is the feast of San Isidro Labrador, the patron saint of farmers. While most of the towns in the southern Luzon province of Quezon celebrates it with such gusto, like the famed Pahiyas of Lucban town, there is another celebration worth visiting and witnessing for fiesta aficionados -- Araña't Baluarte of Gumaca town.

The festival's name was derived from two Spanish loan words "araña" which means chandelier, and "baluarte" that refers to the bailiwicks, or in Gumaqueño context, the old watchtowers that guard the town for centuries.
Though Lucban celebrates the same fiesta with a feast of decorated colorful buntings called kipings dressed in every home, Gumaca celebrates it in its own unique way.
Instead of kipings, the bounties of the rural folk like fruits and vegetables are hanged like an araña or chandelier, to arches that signified the baluwartes. On the other hand, the baluwartes are decorated with indigenous materials such as beans, rice stalk, bamboo, and a lot more. It usually depicts the Gumaqueno life and culture.

The festival itself, having a countryside flair and still isn't riddled with commercialism, is a proof of the colourful culture of the Gumaqueños. Kumbaga, it still has that authentic flavor.

Building and creating the balwartes is a community effort. There is a competition for the best balwarte annually. This brings people from all parts of the barrios and the poblacion to converge in the town proper the day before the feast.


The people help out placing the heavy aranas and decorate the baluwartes. The spirit of bayanihan lives in this side of the feast.


It’ll take them all day, and into the night.

The Feast Day and the Agawan

On May 15th itself, the town wakes up with the beat of the band drums and trumpets. It signifies that the feast day of San Isidro Labrador has finally started. People from the barrios flock to Gumaca’s poblacion, having some food and hear the Mass at the Cathedral of San Diego de Alcala. It’s also the time para sa gimikan ng mga magkakaibigan at barkadahan. Reunions here and there -- it’s a happy atmosphere of fun and merrymaking.

The visitors then is greeted with beautifully designed arana’t baluwarte arches and chandeliers that the folks have made overnight. Colorful, creative, and exudes with that painstaking effort of the locals in showcasing their culture as a thanksgiving to the Almighty.


By lunch time, everyone’s at somebody’s home having some lunch with family and friends. This is the lull time. Sino ba gustong gumala sa tanghaling tapat?

Afternoon came and people are starting to come over the streets after the siesta time. Oras na para sa pinakahihintay nang lahat -- ang agawan. After the 4PM Mass celebrated in the Cathedral, the image of San Isidro Labrador will be taken in a solemn procession along the routes where the decorated arana’t baluwartes were. The people were patiently waiting for the procession to pass by.


When the image has passed under the balwarte, together with the procession party, simula na ng “agawan!” This is where action starts kicking in. Every one patiently waiting for the procession can now have a piece of the arana’t baluwarte. Bananas, coconuts, papaya, fruits, and vegetables, even the hats and beans used in the decoration, is stripped bare by the people.


In a few minutes after the procession has passed, only the skeleton of the once grand baluwartes stand.

Having witnessed the festival from the eve to the end is something worthwhile and exciting. From the tedious and painstaking decoration of the arana’t baluartes all throughout the day before the feast, to its finish product, and to its stripping during the agawan, somehow the feast manifests humanity and may have lessons about sustainable development. These were just our thoughts:
The arana, which are usually made up of fruits and vegetables, mean the bounty of nature and civilization. It is the “fruit of what nature provides and of our labor.”


The baluwartes may symbolize civilization mankind has established. Using the bounties of nature, they have created marvelous designs that may depict the beauty of the civilization, culture, and even technology. It is humanity’s greatest achievement. The wood and bamboo or indigenous materials may symbolize the fragility of civilization itself.


The creation of these magnificent decors were done laboriously, under the searing heat of the sun, the impassibility of being drenched in the rain, or cold at night. As mentioned earlier, it is a community working together to create these masterpieces for the annual event.


And as for the agawan, although it is the most action-packed part of the feast, one can’t help but notice but reflect on how humanity, the same people who created these magnificent creations, can strip it bare in just a few minutes. Everyone wants to have a piece of the harvest that the community and nature gave--but mankind’s insatiability and greed was a powerful force that can destroy the civilization in just a wink of an eye.


It was also sad to see the spoils of the agawan. Fruits and vegetables lie scattered and trampled by passersby. Baluwartes were stripped bare. Those wonderful decorations were no more. Those chandeliers made of farmers’ bounty were no more.


If there is one thing this festival teaches us, in an annual practice the Gumaquenos may or may not realize, it is on how humanity is. On how civilization is created painstakingly and then destroyed at just a whirl of the wind by mankind’s quest for power. 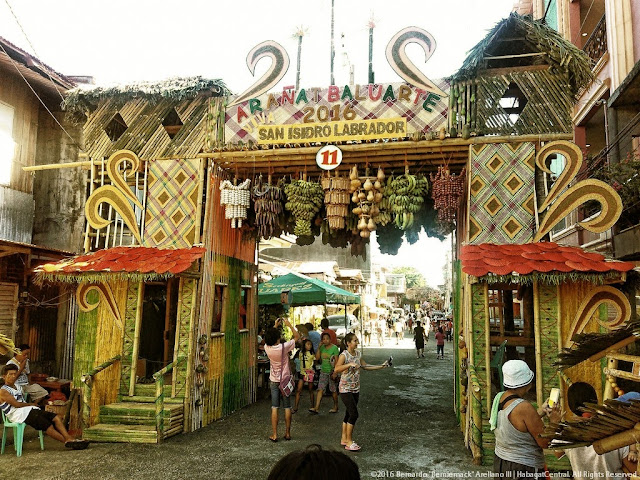 While the intention of the feast was to give thanks for the bountiful harvest, it also reminds the humanity of the fragile nature of these bounties in the hands of the mankind.
I’m sure to go back to this festival next time around! It was a great and meaningful experience indeed. 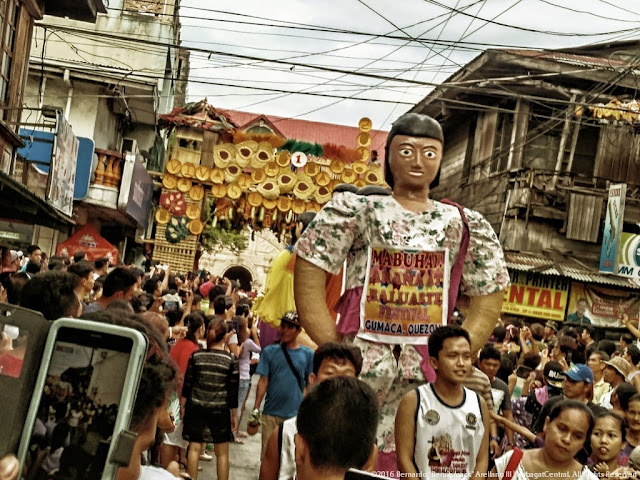