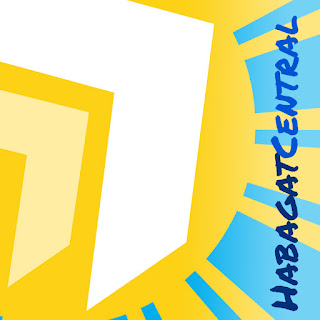 It has been several years since I started blogging. Napakasimple pa noon. It started on Friendster’s blog platform, at the time when I left the school paper, frustrated. That was 2005. I try gathering my thoughts and write as I write – about my travels and personal thoughts on some social issues. Kumbaga, it was my outlet of the frustrated ideas and thoughts. I also felt the urge of sharing what I’ve experienced, and at least online, I don’t have editors (Grammar Nazis were not an epidemic at that time, and social media was fun). That’s where my blogging started, the start of HabagatCentral.

The simple Friendster blog wasn’t enough, and I was already posting photos and the like. Sarap magsulat uli. Somehow, I was inspired with the recent travels that I had, and those travel shows that I’ve watched when I was a kid like Discovery Channel’s “Travelers” or Lonely Planet/Pilot Guides.

So, I moved to a more aesthetically pleasing Calliope blogs under “Taralets.i.ph.”

I’ve only moved towards “HabagatCentral.com” by the 2nd of July, 2009 when the dot co dot cc domain is forcing me to pay up a hefty fee because of placing ads. It was time to move on.

It was short lived because of restrictions in editing the template. Sooner or later, I moved to a dot co dot cc (co.cc) domain. Finally, I had liberty to design my blog post. It was at that time I was introduced to the concept of AdSense or passive money making using a blogging platform. Back in 2008, it was very lucrative. I’ve heard some bloggers earning as much as US$100 per month by bringing the traffic towards their websites. I was introduced to Search Engine Optimization, or SEO.

It just adds up to the passion of blogging back then. Not only I get to share my thoughts and experiences, but also earn.

Along with the growth of exposure in relentless writing, I’ve met several bloggers along the way. Travel bloggers, lifestyle bloggers, food bloggers, and other influencers of the digital marketing and blogs. From there, I took another fuel to pursue blogging even further.

Aside from meeting new people, I got invited in some events – out of town, or just here. Not only you’ll enjoy the company, but also you’ll get to receive perks and freebies. Junkets and events have become “the trend” by that time – as long as you have it posted on your social media accounts and blog about it. Finally, the marketing people and the PR firms have realized the full potential of digital marketing through blogging. There it goes.

The blogging community was there, not only as a network, but also as your barkada to back you up when you’re down. I had my experiences of cyberbullying too, but thankfully my blogger friends were there to cheer me up and support me.

It was in 2010-2013 when HabagatCentral was at its peak. I’ve get to travel almost monthly to some place I’ve never been to. Festivals were my favourite, and have even gone to Marawi City and crossed Maguindanao back then. Personally, these were a feat on its own right.
Together with my camera, we took shots on how beautiful and surreal our country is. Then I write about my experiences.

There was even a time when I was one of the few sites that covered Dinagyang Festival through online streaming, aside from the major media companies.

It was also at that time when I wrote those guides in getting in and out of Philippine airports on tight budget. I was very touched to know later that I’ve helped so many people with those articles that I’ve posted once. Para sa bayan!

I’ve met new people, and had my own followers—kahit maliit lang. I even met some special friends along the way, thanks to blogging.

Whenever I had time, I look forward for the next travel. I had a full time job but my weekends are for sojourns. I always look outside the window, thinking that working is slavery and traveling was my only therapy. Sarap bumiyahe. Kaso…

It was on 2013 when I started losing the mojo, or that drive in blogging. I had a hard time contacting my host, every renewal time. I just had to move out of it and transfer somewhere else.

Aside from it, by this time I was already bleeding financially. I only had withdrawn my first AdSense earning in 2012, and it has been hard for me to earn more, and get more traffic. I get to travel less. I have to work to keep up and pay for the increasing debt. I gradually lost my mojo.

It was the start of HC’s decline.

By these times, I felt that travel blogging isn’t gaining that much on me anymore. The ease of access of the internet and the power of social media has boosted blogging. There are so many thoughts, words, information being shared at one time. It felt as if travel blogging has been cliché.

From the one who was “inspired to travel and inspiring others to experience the beauty of the world” as well, I started to get irked with travel “inspirational quotes.” It sounded gasgas and somehow I thought it was very hedonistic and an excuse to escaping “reality.” I’ve started disliking “quit your job and travel the world” thingies. Nakakairita nang basahin. Was I bitter because I wasn’t able to experience the same travelling perks as these mostly Western bloggers are? Perhaps, I guess.

Then, the thought of taking up my post-graduate came in. Priorities have changed.

By 2015, the traffic towards my blog was dismal. Analytics was giving me discouraging stats. Not much likes, not much people read about it.

Aside from it, the limited bandwidth of my new host wasn’t enough. My blog keeps going offline without even reaching the end of the month. To think of it, it’s just a personal blog, but I have to pay quite an expensive rate.

By fourth quarter of 2015, my account has been suspended. I have to pay for it to be back online. However, the dismal traffic, the changing priorities, and financial bleeding has made me thought of not bringing HabagatCentral back again. Di ko na kaya. Nakakapagod, nakakasawa na.

The day has come, 2nd of July 2016. I bade farewell to an era, a phase of my life. Memories, write ups, articles, PR ranking, and even the domain itself, all gone. Though there was a bit of pain in leaving it, there’s also a sense of “tara na, let’s move on.”

I guess that ends up my blogging era. I’ve lost it. I waved the white flag.

I’ve used Facebook Notes recently for my write-ups. It has the same ambiance as having a blog. Only that it’s only focused on social media traffic. However, it wasn’t enough… Wait, déjà vu?

Instead, I’ve turned on my Blogger account and opened up a new HabagatCentral on Blogspot. Not only it’s on Google, but it’s also free. I don’t need to worry about paying domain and hosting things anymore. Through this platform, I guess I can get to push through what was then supposedly a hobby.

It looked rather simple, but promised myself to write not just about traveling, but also some insights on geography, maps, aviation, and culture—my first loves. After all, there are so many travel blogs nowadays. I’ll give it to the established and the new generation of travel bloggers.

Though I might put up some monetization again, I wouldn’t place it as one of “my fuels of blogging,” anymore. I’ll just write and share, and not minding the Analytics part.

You might be thinking that I am one of those cases that lost the blogging biz. Aminado naman ako that I wasn’t able to take it even further in this day and age. I think it's also time for me to shun the mindset whether somebody reads it or not. I'll just share, and that's it. Kumbaga, pakonswelo na lang kung may nagbabasa man. That is why I went back to basics – kung saan ako nanggaling.
I wrote a few days ago that I was a FORMER blogger. I guess old habits die hard. However, it’s time that I would take the backseat and just enjoy the simplicity of life. Marami akong kelangang ayusin sa buhay at priorities sa buhay. I guess this time; I wouldn’t let my bloggerself consume me once more. After all, dapat may buhay din ako sa labas ng cyberspace.

A lot have said that sayang. It was a pity that I lost HabagatCentral, A lot of missed opportunities on travel. I guess it wasn't my calling, or that phase has long gone. I don't thing it was sayang or went on waste. It opened a lot of opportunities beyond blogging, and that thought made me think--yeah, everything's alright after HC.
Labels: blogging personal