I grew up in Greater Manila for most of my childhood life. Eat, sleep, talk and think as a city boy. Although I frequently visit the provinces because my parents are provincianos, and my dad has a lot of out-of-town projects, which is a nature of his work. However, when I stepped into college, have chosen myself as Ilonggo and hometown at Iloilo, it was the time that I was reintroduced and reoriented with my parent’s birthplace…the “Land of Promise” down south, Mindanao. The fascination and the sojourns have changed my life forever.

I remember one incident in 2002, I was still a college freshman back then. There was a news video clip shown in our dorm television and I was watching. Being an outspoken person, however tactless, I uttered these words in front of the boob tube, “Ano ba yan! Ang gulo na lang parati sa Mindanao!” Not knowing that I have a true blue Mindanaoan beside me at that time. She then reacted, “Hay naku! Nakakainis yang mga taong may makikitid ang utak!” and she walked away. I was surprised. Why the sudden burst dear? What did I just say? It’s on television for crying out loud!

At that time, Mindanao hasn't had a great time. A few years ago, then-President Joseph Estrada declared an "All Out War" against the Moro separatists. In 2003 and 2004, succeeding bombings happened in Davao and General Santos Cities, which took lives and stoked fear among Filipinos. Then there were spate of kidnappings and beheading of victims in the Sulu Archiphelago. Media back then did project Mindanao as a "war-torn and dangerous ground." -- an image that Mindanaoans themselves would love to shun away with.

Later I realized that she is from one of the Cotabato Provinces, wherein the conflict between the government and the separatists were still on fire (back then). Despite my reason, I am still confused…why the outburst?

Then an opportunity came. In 2003, I was part of the school paper and I was one of those who will be sent to Davao for a meet of writers for College Editor’s Guild of the Philippines. I have been to Davao before, but was exiled at paradise called Talicud Island. I can still remember Davao back then (1996). So, I did…


Instead of going all the way to Davao by ship, when the ship from Iloilo docked at General Santos City (Gensan), I immediately called up my best friend and asked for a short tour. Dusty, hot yet there is something in Dadiangas wherein I fell in love. Then I uttered these words, “Pakiramdam ko parang nanggaling na ako dito dati…” There is a peculiar feeling of déjà vu seeing the peak of Mount Matutum watching over Gensan. Then dawned to me, I have affinity with South Cotabato—my blood once run here, I said.

My affinity with Mindanao started. My best friend (who was also one of my dorm-mate like the girl who was offended by my remarks earlier) said, “O ano? Kinain mo rin sinabi mo no?” Indeed, I was embarrassed. He still remembers that remark that I caught from her…I said, “Oo, di lang kinain, nilunok at inilabas ko na nga!” From then on, my fascination to Mindanao, particularly south-central Mindanao (one of the origins of “HabagatCentral”) bloomed.

Over the next few years, I have visited this area very frequently. Shuttling on and off Davao and Soccscksargen (abbreviation of South Cotabato, Cotabato, Sultan Kudarat, Sarangani and General Santos City region), I met new friends and rekindled old ties with my relatives from my father’s side. In a way, I understood more of the Mindanao situation and opened up my mind to a whole new perspective, now seemingly distant from that of Imperial Manila’s.

Summer Class at the Foot of Mount Apo

After that council meet, I was able to go back to Mindanao before I was out of the school paper. By that time, each time I go back, I make sure I’ll be back…and because of the seemingly intricate and somehow controversial make-up of Mindanao society, I was curious and like to know more. How about taking my summer class at UP Mindanao perhaps? That was a good idea…and indeed!


I spent my two months at summer in Davao…more than a usual visit and as a tourist. I was there as a student far away from my parents. I can still remember the cool breeze that comes down from Mount Apo that brings shiver in the middle of summer at UP Mindanao campus. At that time, I was able to memorize the places of Davao City, explored it and knew more of its culture. The experience of habal-habal and the pungent yet delightful scent of durian plantations bring back memories. And before I knew, it was time to come back to Iloilo—and again promised to come back. As a bonus, I passed by and spent the whole day at Tsada City of Cagayan de Oro!

Then Came the Undergraduate Thesis


How can I go back to Mindanao? I can’t find any excuses or valid reasons now…oh, I know for one…it was 2005—senior years, the thesis year has come, and I know just the right excuse for me to come back to Cotabato—use my curiosity: how in the world Ilonggos came as far as Tacurong City!—the birthplace of my dad. At first, my late mentor thought it was too ambitious and may probably be risky, but later he appreciated my idea, since he too lived in Mindanao (and met his wife there) for a long time. I knew that it would be hard since there are only a few people—very few publications about the Kristyano (Luzon/Visayas natives) migration to Mindanao. Yet it was a pioneering feat, especially for Iloilo and for the hometown of my father’s birthplace.

As the field work ensued, the color that makes up the Mindanao society and culture went into full view. The migration brought by the desire to prosper, the consequences that they have encountered and the controversial topic of ancestral domain and political power that played a vital role in Mindanao’s affairs—all seem to make sense now. As I interviewed more people and read more journals, I now have a clear picture of what Mindanao is. Second time at field work proved to be more tedious as I looked into more clues—and even ventured to unknown territories, one of which would be the town where the execution of the Martires de Maguindanao took place. Mindanao’s colors were so vivid—and that vivid color has changed my perspective for good.


After all the hard work, traveling and even went wild over it, my thesis passed with flying colors. It has one whole page solely dedicated for acknowledging this adventure that I took down south. Again, I said to myself, I’ll come back. And since then, I haven’t returned to Mindanao…the copy of the thesis for Tacurong is still here, since I promised myself that I’ll take it personally—not through courier.


Half-a-decade later, traveling was made cheap because of the budget carriers. Then one day, “Oi Piso Fare!!!” I scrambled at the internet and thought of destinations to choose from. Then it dawned to me, “Gensan!” since plane fare to Mindanao from Manila is expensive, I took the opportunity. Then came successive promos: for Davao, Zamboanga and lastly Cagayan de Oro. Most of my travels this year would be in Mindanao, spanning from June to November. It would be revisiting a place that changed my perspective, my life and my thoughts on how this country work. 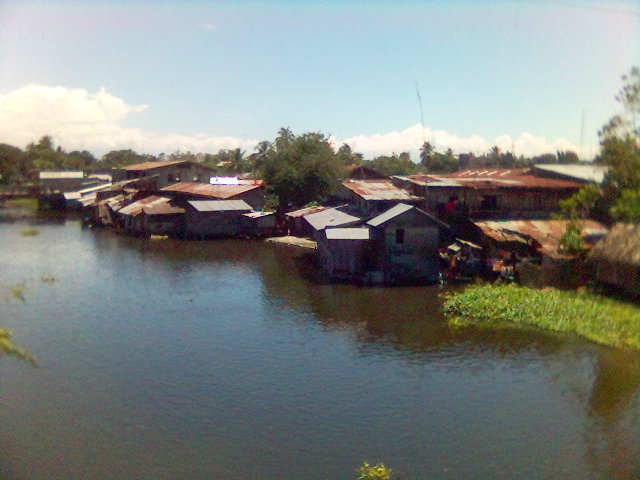 She may not be my "hometown" by standard definitions, or birthplace, but the blood that it is in my veins has Mindanao on it. Mindanao, I’ll be back. I shall return on your embrace once more.

(by the way, I got a lot of photos un-posted…since most of them are from film, hehehe!!!)


The original blog post was originally posted on 2011. A lot of things have changed since then. I even lived, worked, and played in General Santos and Davao. Still, that allure lingers. My master's thesis may just be here, once again.
Labels: Culture and Heritage Geography Mindanao travel
Where is it: Mindanao, Philippines