Heritage Town of Glan Sarangani: More than Just the Beach 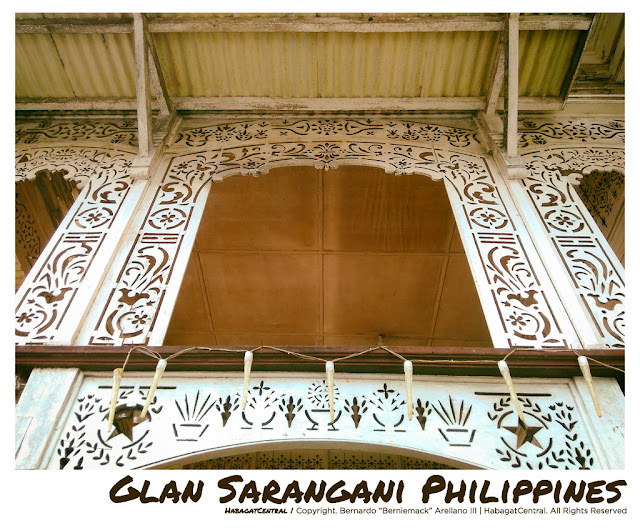 Ask anyone about the town of Glan in Sarangani Province and they’ll think of Gumasa Beach, that long stretch of white sand beach that hosts the biggest beach party in Mindanao. However, this southern frontier outpost has another thing in its arsenal—its cultural heritage, especially those preserved old houses in its downtown.


Glan was one of the first agricultural colonies that were established during the early American Colonial Period. Located in the far south of Mindanao, it became a settlement of the first “Kristyano” migrants in Mindanao. Notably, majority of the settlers here were from the densely-packed island of Cebu.  The interactions between the indigenous Blaan and Maguindanaoans, and its isolation from the rest of the world have created a hodgepodge of cultures that became what is known as Glan of today.

Its economy was once based solely on coconut plantations—probably that may rival Quezon Province. The prosperity it brought in the town was reflected in the construction of the stately houses that line up the town’s streets—probably one of the rare gems in this side of the country.

The Kristyano migrant population of Glan, locally known as “colonos,” brought with them some of the things that remind them of their home like the Bisaya language, puto maya and sikwati combi (rice cake and dark chocolate drink), torta (another variety of rice cake), and pan de Bisaya. Aside from these, it can be seen in the town’s local architecture. They built houses that reflect the designs of the homes, particularly the Visayas.

While colono houses and buildings of southern Mindanao is known for its no non-sense and practical approach of using wooden planks devoid of intricate patterns and all those shiz seen in Manila, Luzon, Visayas, and northern Mindanao, Glan stood out. Some of the houses, particularly of the houses of Alegado clan took time to “dress up” their houses with intricate wooden carvings on their houses called kalados—which is a rare sight here.


According to the locals, the kalados in these houses remind them of their hometown, their place of origin—particularly the heritage city of Carcar in Cebu, already known for its old historic houses.
Another well-preserved heritage house is located a few kilometres outside of the town’s centre, which is owned by the Aquinos (not related to the presidential family). Hacienda Don Juan Resort’s heritage house was saved from destruction, and is now a centrepiece of the resort as the resort restaurant and a mini-museum. The house is only one of the few “barrio houses” left in the town.


Aside from these outstanding houses, the town also has a Gabaldon school building (colonial era school) together with a grove of large acacia trees that make up the landscape of this town.
On one side of the town plaza lays the old and wooden Dispensary or dispensaryo, the old health center of the town. Small, simple, stilted, yet its floors are tiled with imported materials. It holds dearly to a lot of locals in Glan, both happy and painful memories, from birthing, to cures, circumcisions, and even dates.


Today, the Dispensary lies abandoned and in trouble of being won over by the elements. However, the good news is that the local government of Glan is planning to have it rehabbed and make it as a local museum. Personally, we’re looking forward for that.

Glan’s built heritage could have been greater if the municipal hall, designed by no other than renowned architect Juan Arellano, have pushed through before the War. The proposed building brings the neo-classical towards the neo-vernacular design, incorporating Moro architecture with the Western elements. We saw a copy of the proposed plans recently, but we were unable to get a copy of it.


Like any other heritage towns in the Philippines, Glan’s wooden houses are up against the elements, development, neglect, among other issues. According to one of the Alegados we had a short conversation with; it really takes a lot of effort in maintaining these old houses especially that wood isn’t conveniently bought in a hardware store nowadays.


Some of the owners of these old houses have left the country to seek greener pastures. Some of these were taken care of by a caretaker or a relative. Some of them have some family issues, to which the fate of the house is in peril.

Challenging as it may be seen, the people of Glan are proud of their cultural heritage. Several initiatives have already been made and placed to protect not just the beach that attracts thousands annually during a party, but also taking care of its cultural heritage—of both tangible, and intangible, and make it as a “cultural capital” that would help the town progress sustainably.

This town has a lot to offer for a suntan, not just only in the beach. Take a stroll one morning. Have some puto maya and sikwati at the local market and then head to the pier to where the colonos first landed during sunset. We’re sure you’ll be relaxed in Tour Town Glan.