Boac the Beautiful: Turning Back Time in Marinduque 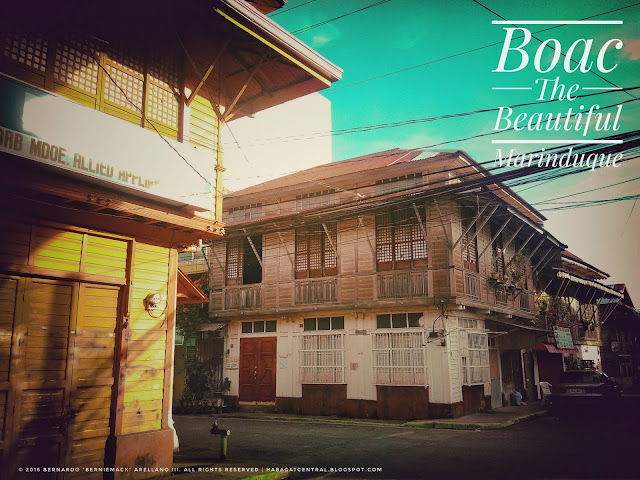 It has been very noisy these days--online and offline. So much social issues going on, and it looks like it wouldn't fade away too soon. While it's good that we engage ourselves with the relevant topics, getting too much of it is just annoying, irritating, and downright draining. Ubos ang energy mo besh. How about unplugging and head somewhere where tourists wouldn't violate your personal space? Where things seem to be in slow motion and far away from the clutter of urban life? The charming town of Boac in the island of Marinduque may just be the place for your solitude.


This charming town at the eastern side of the heart-shaped island is the capital of the province, and probably known for Moriones Festival--the annual revelry during Holy Week where locals don artistically created Roman soldier masks and parade through its narrow streets all afternoon, and end up with a play of Jesus Christ's passion and death.


However on ordinary days, it is just an ordinary provincial town--laidback and pretty simple.

Though it is only six to eight hours away from Manila, going there takes effort. First ride a bus bound for Dahican Port in Lucena for four hours, then take a ferry going to Balanacan Port in Marinduque (which has a very irregular schedule that is subject to so many changes), which is another three hours. The port itself is quite far from the town--about an hour. That journey is worth it--makatakas lang at makapagpahinga sa malayo.


Nope, there aren't much tourists down here, even if it's quite close to the big city. Life here seems to be moving in slow-motion for urbanites like us. Aside from being far from the crowd, Boac is a heritage town worthy of being emulated, and perhaps an example of a community not taking heed to the calls of capitalist changes.


Unlike the more popular heritage town of Vigan, Boac's heritage houses don't cater to tourism, it caters to the community itself! Rows of bahay na bato along its main streets and around the plaza, probably constructed during the colonial times, don't have that "turista appeal," but part of the Boacenyo's everyday life.
More of Boac and Marinduque's photos here: 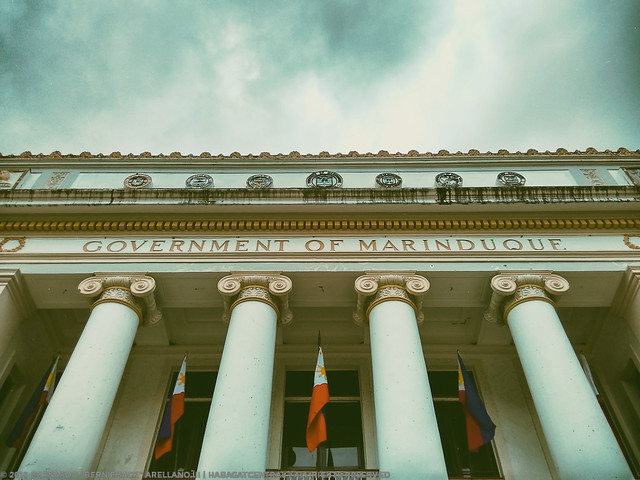 Most of these bahay na bato are shop houses--commercial spaces on the ground floor, and residences on the upper. Often, these have similar architectural design--obsessed with the media agua or that roof above the big windows.

Banks, restaurants, offices, bakeries, shops, and more--the downtown is alive, and so are these houses.


And though most of the towns in the country have lost these heritage houses from development, the people of Boac seem not to bow down to runaway capitalist growth, but rather maintain these houses as part of their heritage, and their call for a more sustainable way towards socio-economic development.

The Fortress of Biglang Awa


To top it all, the Cathedral of Boac overlooks the town, as if it is under its own guidance and protection. Built during the Spanish colonial era, the imposing church is surrounded by thick stone walls--a remnant of other purpose--a fortress.


Aside from its imposing architecture on top of the hill, the Cathedral is also central to every Marinduqueno Catholic, as the site where the Ina ng Biglang Awa (said to be Our Lady of Immaculate Conception) appeared and miraculously protected the town from the invaders of the sea.

Today, the presence of the fortress church brings this medieval-ish atmosphere in Boac. It adds up to the unique town's landscape.

Taking it Slow, so slow


What do you expect in Boac during an ordinary day? Aside from the small town rush hour wherein tricycles clog the narrow downtown streets, the town is very very laid back. If you are an urbanite used to the mega-crowd of the MRT, back here, you can walk leisurely to your destination in the morning or in the afternoon.

Night life? Well, aside from a few drinking areas, there isn't much nigh scene here. Heck, as early as 7PM, the town's like deserted, with only a few people walking here and there. Shops close early. Most of the people here sleep early too. There are no 7-11 Convenience Stores, only sari-sari stores and that friendly neighborhood lugaw and balut cart at the plaza.

There is a curfew for minors. No wonder walang tambay.


And while its a trend to have a big mall in a provincial town, the locals here would travel to Lucena City instead, to watch movies and go shop. Back here, the Public Market is the ultimate commercial destination.