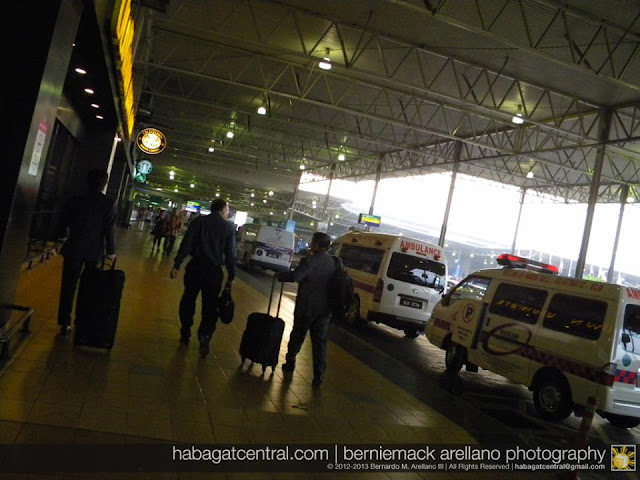 Our long journey to Yogyakarta from Manila took a stopover at Kuala Lumpur International Airport, which I believe it is one of the largest airports I’ve seen in Southeast Asia. Since we took Cebu Pacific to KL, we landed not in the spanking brand-new terminal fondly called KLIA, but at the airport’s budget terminal called LCCT or Low Cost Carrier Terminal, which is on the other side.


KL’s LCCT is the hub of operations and the terminal for Southeast Asia’s budget carriers such as Air Asia (which calls it its home), Cebu Pacific, and the like. The main KLIA terminal is located across LCCT. However, getting there needs a 20 kilometer ride. That’s how big KLIA is!

It was June and the forest fires of Sumatra were raging on. It seems that we were greeted with thousands of chicken satay barbeque stands at that time when we disembarked. The scent went through inside and into immigration.

While our immigration experience in NAIA Terminal 3 upon leaving Manila was…grumpy and a bit nasty, the Malaysian immigration was pleasant and no-nonsense. After all, we were only in a transit.


My first impression with LCCT was, it looks like a big air-conditioned warehouse. Nothing fancy like its main terminal counterpart, with great interiors. No matter, we accepted the fact that it is a budget terminal.

We had a 9-hour layover. It’s a good thing we managed to have a lounge access at Plaza Premiere Lounge. Treated with Malaysian food (yes, nasi lemak was present), we gorged in. It has free WiFi internet access and a comfy lounge for both air side and land side parts of the terminal. Some of us slept, others went around.

What took my attention in LCCT was Old Town White Coffee. Being a fan of Ipoh’s famed coffee, tried one, rather than Starbucks. It’s also pretty affordable to warm up our early morning—not overpriced, IMO.

Also, Malaysia has its own answer to Jollibee and McDonalds, Marrybrown! It’s a fast food resto serving curry and some chicken.

It is also advisable that when you reach Malaysia for a long layover, you may try to convert some of your dollars to Malaysian Ringgit. Some shops may accept US Dollars but may be a bit expensive.

As the sun rose and our departure to Yogya were nearing, the horizon has become…uhm hazier.

The enormous check-in area was a mix of people from different areas of Asia and beyond. Upon entering the pre-departure area and the immigration process, again it was easy. No questions asked!

And as fast as we came in, it was our departure time. Stepping out of the tarmac, the hazy and smoky atmosphere lingered. Sometime in the near future, when the KLIA Terminal 2 will be finished, I heard that LCCT operations will transfer there, including that of Air Asia and Cebu Pacific.

We already saw the terminal being constructed, and it was huge! Goodness, when will Philippines realize we need to perk up our aviation industry, especially our very own Premiere Gateway? It was a short stop over, but technically speaking, I have been to Malaysia, even though I only had a stopover in Sepang. I’ll surely go back here, time and budget permits.


This article was posted on November 2013. Air Asia, Cebu Pacific, and most of the low cost carrier airlines have moved to Kuala Lumpur International Airport Terminal 2 (klia2) since the previous year. The old LCCT has then shut down.
Labels: Airports Asia aviation Malaysia
Where is it: KLIA, 64000 Sepang, Selangor, Malaysia