Cotabato: A City that Deserves a Second Look 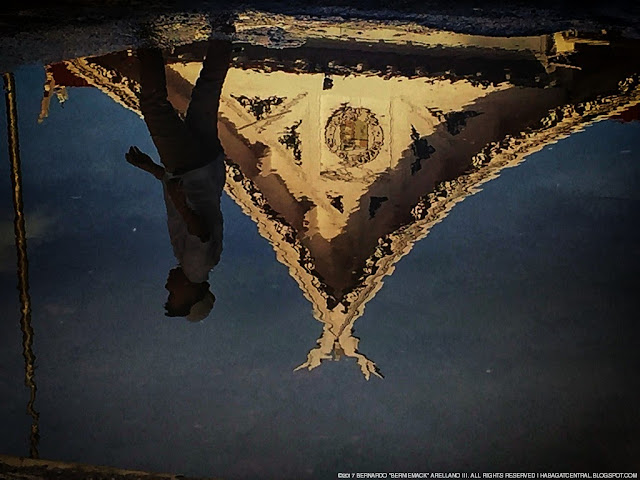 It was a balmy morning. It rained hard the night before. People were scrambling towards the river wharf, waiting for the ship to dock from Iloilo. The wharf was like a marketplace that morning. It was busy, vibrant, and somehow welcoming to the new batch of educators that would be sent to the frontiers of Central Mindanao. The overlooking hill with its gleaming, white capitol beside it was breath-taking. Along with her colleagues and multitude of farmers, entrepreneurs, and relatives, they sought new opportunities in “The Land of Promise.” They left a declining city ruined by war and over-reliance with a sole cash crop. The sight of this new city in what is also known as “The Land of the Moros” was both a sigh of relief and a smattering of weariness of the unknown. As they disembarked the river wharf, Kristyanos and Moros welcomed them as if it was a celebration.

At least that was how my grandmother remembered her arrival at Cotabato City, sometime in the 1950s, before she took a three-day river journey to Tacurong.

Back then, Cotabato was the centre of trade and commerce in Central Mindanao. It has its latest movie houses, shopping centers, vibrant marketplace, and proud civic architecture that welcomed every visitor with its unique culture. Old timer Cotabatenyos that I’ve talked with looked at the city as a booming star back in the day, “Cotabato City was a progressive city while Davao and GenSan back then were backwaters.”

The city is the urban manifestation of that “Promise” to the settlers. It was the gateway of opportunities for the Filipino “Kristyano” settlers who were displaced in their hometowns due to lack of opportunity, civil unrest, and the promise for a better life in the South.

Reading accounts of Simeon Millian’s “Cotabato 1952 Guidebook,” they’ve described the Capitol of the “Empire” Province of Cotabato as gleaming in white that looked like “Acropolis” overlooking the city.

The city hall, designed by renowned Filipino architect Juan Arellano, was a landmark of its own right. The pointed roof, reminiscent of the Moro houses, was merged with the neo-classical and the neo-vernacular.

Beside it was an old Gabaldon school for the kids, and a few kilometres away inland was the school established by the Catholic missionaries now known as “Notre Dame University.”

And between the City Hall Plaza, PC Hill Compound, and the River Wharf was the busy mercantile district of Cotabato. Being the center of commerce in Central Mindanao, different merchandise such as wood, agricultural products and services, were located here.

The city was teeming with life of commerce, trade, people, governance, and sophistication. Who would have thought back then that the Kristyano Filipino settlers would be living side-by-side peacefully with the Moros and even the Lumad Teduray?

Cotabato was a face of a cosmopolitan, multi-cultural city, in Mindanao.

Then Came the Storm

However, the runaway heydays of the city were over as fast as it came.

As more migrant settlers came in and settled in Central Mindanao, displacement was inevitable. There was an atmosphere of unrest between the Kristyano settlers and the Moros, then came Jabidah. Conflict in Mindanao escalated into a full-blown civil war that lasted for decades. It has stymied the urban development of the city, almost into a halt.

Thousands of civilians were affected, directly or indirectly, by the conflict that was ravaging the Mindanaoan countryside.

Aside from losing commerce, the city’s significance in civil governance also declined, as the “Empire Province” was split into two, then three, then five. (It has now five provinces and two major cities) The provincial government was moved elsewhere afterwards.

If the armed conflict wasn’t enough blow, the 1976 Moro Gulf Earthquake rattled Mindanao and killed around 8,000 people in the region. The city suffered greatly--collapsed buildings, flooded streets, and homeless people literally took a brunt to the city already reeling.

Then the final coup d’grace—the city’s status as the regional capital of Region XII (Soccsksargen) was transferred south to Koronadal City (Marbel), sometime in the 2000s.

The name “Cotabato” became a hard sell, and seemingly it became a stone fortress in the middle of uncertainty.

Personally, we are no stranger to the city, though we have much yet to learn about it. Our first time going there was in 2005, during our thesis days. As a Manila Boy with a Mindanaoan root, it was already a feat going there, considering that the all-out war imposed by then President Estrada was still fresh. Cotabato hogs the television news with war and terrorism—something that we got used to back then.

Though we’ve visited the city several times already, we haven’t explored it that much until this recently. For a few days that we were there, we went around the city center. We was very curious how the old “Town” looked like, given its stature back in the day when it was the port of call and the economic heart of booming Central Mindanao.

Went on several walks downtown, a bit of a jog and brisk walk, and appreciating the old town.

Old buildings, mostly built after World War II, still line up the streetscape of the downtown. Those of international style, streamline moderne, bris soleil, and that “frontier wooden plank” buildings dominate the district, which are mostly owned by Filipino-Chinese merchants of the city. And we were even lucky finding a small pre-War building amid the clutter of the downtown. A friend of mine once said that despite the earthquake that rattled the city back in the 1970s, much of the buildings have been preserved.

Like Iloilo and Yangon, we guess, Cotabato’s post-War buildings were preserved because perhaps of the slowdown of urban development. Given the “Filipino mindset” of development means new buildings, should Cotabato pushed through, we may only see a few of these buildings still standing—more so that post-war architecture isn’t appreciated that much as the pre-war.

Behind all of these buildings, the town is very much alive still, despite the usual shift uptown of economic development. However, after 6PM, commerce slows down—like how it was back in the day.

Tantawan and the Civic Spaces

A foreign friend of mine once asked “where is the stone fortress” in Cotabato?

I echoed a familiar tune, “It is the PC Hill.”

PC Hill or Piedro Colina Hill (which in Spanish or old Cotabateno Chavacano meant ‘stone hill’) sits commandingly facing the downtown area and the river wharf. It is said that the city and the entire province (or region) itself came there. It is also said to be a sacred place for the Teduray indigenous peoples to whom they call it “Tantawan.”

It was the “The Stone Fortress” itself.

Like what the account of Simeon Millian mentioned, civic buildings of the city were on top or at its foothills.

The Capitol of the Empire Province of Cotabato sits majestically at the side of the hill, overlooking downtown. Today, trees cover the view and so far being renovated by the National Historical Commission.

The Provincial Jail of Cotabato (or Maguindanao) is one of the few pre-war buildings still existing. It has been a jail ever since. However, we’ve heard rumours that the jail will move out of the city.
And just at the foot of the “stone fortress” lie the Kutabato Cave where it has been a historical hiding place during Wars.

Then there’s the Regional Hospital that was established in 1917 and survived the World War, only to be occupied by the Army after the facility moved uptown.

And sprawling at its foothill is the old Cotabato City Hall—an architectural jewel designed by renowned Filipino architect Juan Arellano before the War. It features the pointed roof that is common in Moro architecture—particularly of the torogans of the Maranao people. It is now a small museum of the city.

A City worth Taking a Second Look, a Second Chance

While other Mindanaoan cities were rapidly changing, urbanizing, and developing like those of Davao, Cagayan de Oro, and Dadiangas (General Santos City), somehow the slowdown of Cotabato’s urbanization may be a blessing on one hand. The heritage structures of the city may prove an asset in terms of identifying its history as an economic hub and a multi-cultural city, aside from tourism. Much of these have been preserved, though has yet to be appreciated well.

With all honestly, getting to know this city even more than we had was a pleasant surprise. It has yet a lot of things to discover itself—of its roots, its history, and its people. We’ve only tackled much of its built heritage in the article, and we haven’t undergone the deeper, intangible ones.

Aside from the Golden Mosque in Tamontaka, we suggest that people should drop by the old downtown. Go around it and stay overnight. Eat some barbecue with pastil by night. Buy some inaul cloth. The city has a lot of hidden gems to appreciate with.

Perhaps, Cotabato City, now the regional seat of administration of the Autonomous Region in Muslim Mindanao/Bangsamoro, deserves a second look and more appreciation. Perhaps from that perspective of knowing itself, it may find itself in the right direction towards lasting and holistic peace and development, not only of Cotabato, but to the rest of Central Mindanao as well. It deserves a chance to blossom again, like how my grandmother saw it as a beacon of hope, then.