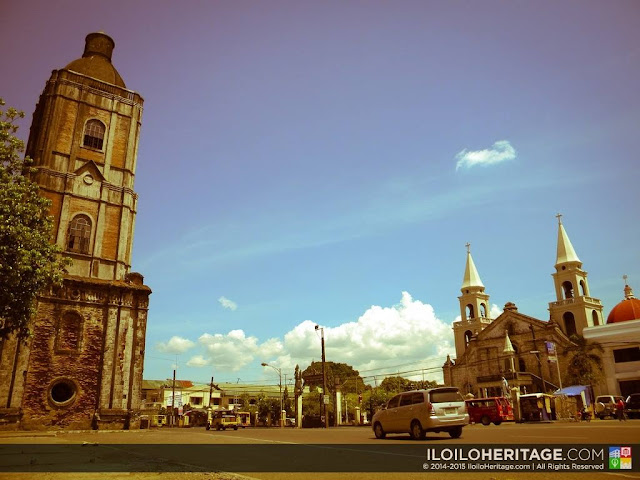 This was the statement of Police Chief Director General Ronald “Bato” Dela Rosa said during an interview with a media outlet, just a few hours ago. And as expected, Ilonggo netizens bore mixed reactions regarding the statement. Some were amused, others were laughing, while some were annoyed, and criticized the police chief for stating wrong information.

However, it isn’t the first time we’ve heard such gaffe in Ilonggo geography. We’ve experienced it several times and have to correct this kind of information. We couldn’t blame them, especially those who are unfamiliar with the places and where they are located here.


Where exactly is Jaro?

The district is located just north of the City Proper with its center, Plaza Jaro, around three kilometers from the Provincial Capitol. The plaza, the district’s core, is 10° 43' 28.72" N, 122° 33' 25.4"E if you ask the geographical coordinates.

Jaro has its own old municipio, a plaza, a church, and even its own marketplace(s).  It has a certain charm that is so different that even Ilonggos themselves think Jaro has a world of its own--different from "Iloilo" that refers to City Proper itself.

And yes, it is within Iloilo City, even if locals themselves feel like its like a different world.

It was a separate town

Historically, Jaro was an independent town during the colonial times. It was the home of several prominent families that would eventually become sugar barons and planters of the neighboring island of Negros. Its territory included Pavia as one of its arrabal, or suburb.

Reading from references, the town itself was said to have been “progressive” while Iloilo (or La Punta, back then) was just a mosquito-ridden and swampy fishing village.

It is only when Fort La Nuestra Senora del Rosario, or now known as Fort San Pedro, was constructed when Iloilo started to flourish. By the time the Spaniards gave up the Philippines, Jaro and Iloilo were said to have “city status.” The relationship was mutual.

In 1936/7, the modern-day Iloilo City was established, merging the towns of Iloilo (City Proper), La Paz, Molo, Villa Arevalo, and Mandurriao and each became “districts.” Jaro, on the other hand, was a bit “hesitant.” It was only in 1940 when it decided to be incorporated to Iloilo City and became one of its districts.

Jaro as a district is like Ermita, Malate, Intramuros, Santa Cruz, Binondo, or Quiapo is to Manila. Or we can look at it as like New York's boroughs such as Manhattan, Brooklyn, Queens, or Bronx.

If we’re an outsider and does not have prior knowledge of places in Iloilo, we might think that Iloilo the city and the province are one and at the same, but it’s not. Iloilo City is a highly urbanized city, separately administered by the City Government. Citizens of the city do not vote for Iloilo’s governor and other provincial officials.

On the other hand, Iloilo Province is a separate “administrative entity” from Iloilo City. They do not govern Iloilo City.

The same complicated mess is the same with Cebu City and Province, Davao City is to the Davao Provinces, Zamboanga City is to the Zamboanga Provinces, and so on. In the Philippines, if the city is “chartered” and “highly urbanized,” there is a certain degree of autonomy the city’s administration have. If a city is a “component” one, the city is still subject to the administration of the province itself. We don’t want to further confuse you with Cotabato City’s stature as an “independent component city.”

The Capitol, the seat of provincial power and administration may be found in Iloilo City, but the city where the building and its lot stands is not part of it.

I guess the confusion of General Bato may have the same case as with police's complex local administration with regional, provincial, city, and even national bureaucracies.

Having the same name for both the province and the city makes a bit of a mess, especially for outsiders.

People who are unfamiliar with Iloilo or Western Visayan geography have a tendency to think Jaro is an independent town from the city. We couldn't blame them. Some even thought that Miagao is just within the city, and to that, can do a "walking tour" from Molo to Miagao.

Molo and Miagao are about 35 kilometers away from each other.

Where is Iloilo for locals?

To answer this question, you need to listen to bus/jeepney conductors, barkers, and dispatchers, and sometimes eavesdrop on some Hiligaynon conversation. It needs further study though, but this is just a general observation:

When you’re in Iloilo Province, when they say “Iloilo,” that refers to the city itself—regardless of whatever district in the city you would like to go specifically.

When you’re in Iloilo City, you would wonder why dispatchers, jeepney drivers, and locals would say “Sa Iloilo nong” (to Iloilo) but they’re already in Iloilo City? The answer: the locals are referring to “City Proper” District, the original Iloilo.

Ilonggos have a tendency to put layers on its place making.

We’re giving them some slack…

Visitors or people who are unfamiliar with the place tend to assume that everything is one at the same, but it isn’t.

Personally and politics aside, I would give General Bato some slack on this confusion. After all, he may not be familiar with Iloilo’s geography and may have only relied on his staff who, might also relayed the details. The operation that happened in Jaro was an initiative of the Provincial Police force, and not the City’s—therefore he may have assumed that Jaro was a district or town of Iloilo Province, and not within the city—even if Jaro is within the city.

Philippine local administrative autonomy has its own perks, cons, and weirdness.

I’m just hoping that he’d be careful with his statements next time, being the top cop of this country and “ideally” people look upon him with authority and prone to criticisms.

Besides, if we are on his shoes and unfamiliar with Davao geography, we might think Calinan and Toril are separate towns, in which like Jaro, aren't. They are districts of Davao City. To add, we might think that Digos, Mati, and Tagum are part of Davao City, but they aren't.

We have the same vulnerability of creating the same mistake if we are unfamiliar with the place. Hence, the best way to know one is to ask a local and explore the place with respect and responsibility. It doesn't hurt, most of the time. After all, we would be glad to let our visitors see our places and get to know us better.
Labels: Asia Geography geopolitics Philippines Visayas
Where is it: Jaro, Iloilo City, Iloilo, Philippines