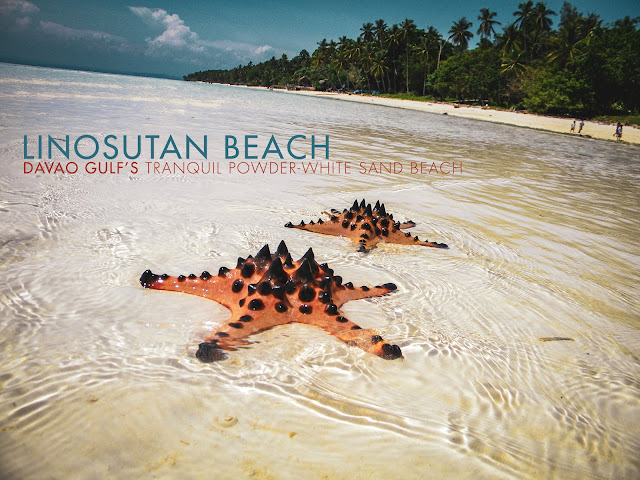 Talicud Island at Davao Gulf is indeed a floating emerald laced with pearly white sand beach. Despite its proximity with Davao City, it has maintained its countryside laid-back charm. Although there are several notable beaches here such as in Babu Santa and Isla Reta, if you really like to be just alone–no commercial establishments whatsoever, then head to Linosutan Beach on the western coast of the island!

Located in the western side of the island, Linosutan Beach may just rival Boracay’s powdery white sand beach which stretches for kilometers, dotted with coral rock formations in between.

During low tide, the “walk-able” white sand beach “expands” all the way a few meters to the sea, to the point where you can have a “stroll” in the coral gardens (of course, it isn’t advisable since it may damage the corals). The best part of it–no commercial establishments, entrance fees, resorts, and that crowd! The only people you’ll see are some students and the fisher-folk.

There are only a few to no resorts in the area, so you might as well prepare a tent, or you might check for a home stay in one of the residents of the barangay. It’s good for a day trip, though you need to leave Talicud Island before 3PM, the last trip back to Davao City.

I’m no stranger to this place. As I’ve mentioned before, I went here with my family back in 1996. I once remembered that the village was just beside the seashore (now they are at the higher area), we roast some pig, chicken and fish for our lunch by the beach. No electricity, we just frolicked with the beach. By then, the locals have told us that there were a lot of people who like to invest in the beach and build a resort.

Almost 20 years later, these never came. When I went there, the manong fisherman who adopted us for a week, is still fishing. The beach is still silent and electricity is only brought up several hours. In a way, I like Linosutan Beach so much the way it is, and the way it was–just natural, laidback goodness, away from the noise and the hustle of modern life. 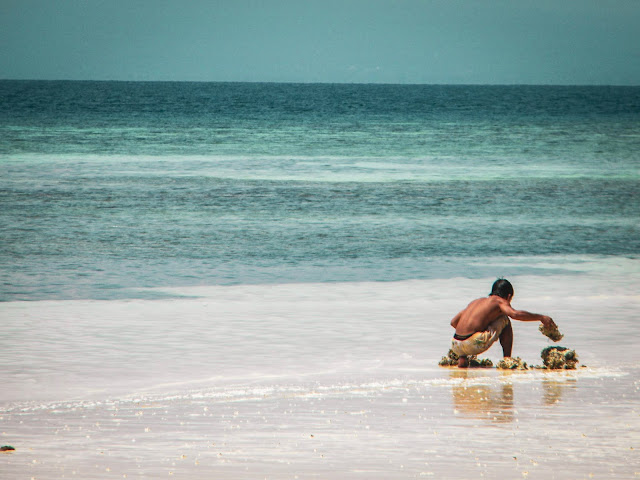 I’ll be back here soon.

How to get to Linosutan Beach?

(Note: This blog post was written in 2013. I am not sure how Linosutan Beach in Talicud Island is now, especially that it has been eight years since I went there. Please check and set expectations that some things may have changed, but in some ways, I hope Linosutan is not damaged by mass tourism.)